Why Is Charles Bronson Famous? 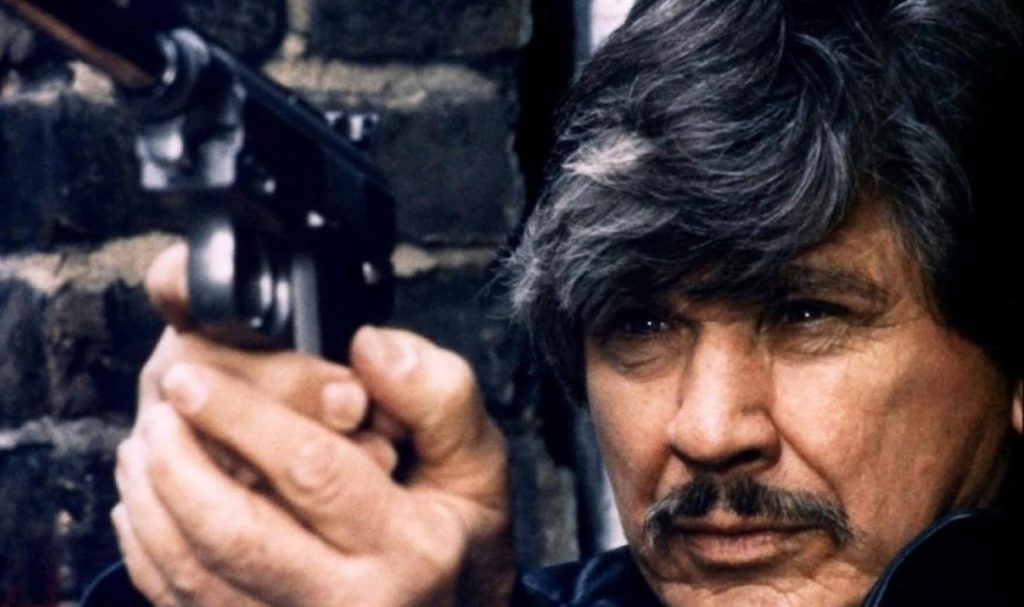 You are probably used to seeing bad guys causing trouble, trying to break out of prisons, and assaulting police officers in Hollywood movies. Charles Bronson is such a character in real life. Labeled Britain’s most notorious prisoner, this guy has done it all! He has been in several prisons, served different sentences, and seen the ugliest of those perimeter-walled environments.

Charles Bronson is not your ordinary prisoner. He is one of the most famous prisoners and continues to draw unending attention to date. His fame comes from his 40 years behind bars, but most recent attention comes from his newfound love; art and charity work.

This article looks at the highlights of Bronson’s life and how they contributed to the attention he draws to date.

Charles Bronson, born Michael Gordon Peterson, hails from Luton, Bedfordshire. He was born in 1952 to Eira and Joe Peterson. His family relocated to Ellesmere Port when he became a teenager. Bronson had several brushes with the law, but he first tasted jail life at 22; this would mark his ‘incredible’ tough criminal life and his rise to ‘fame.’

He went straight to attacking fellow prisoners and landed himself into the prison’s punishment block. At one point, the officers tried to sedate him by injecting chlorpromazine into his system. Unfortunately, the move backfired, and Bronson ended up violently ill. Here is a discussion on what followed;

Bronson left prison in 1992 only to be re-arrested 53 days later over a robbery conspiracy. While in remand, he held a librarian hostage, demanding a helicopter, an inflatable doll, and a cup of tea from the negotiators before he could release his victim. In 1994 he was moved to HMP Wakefield’s “cage,” where he would later take a prison doctor hostage.

Bronson’s most memorable hostage attack came in 1996 while serving his eight-year sentence at the Belmarsh prison in London. Here, he took two Iraqi hijackers and another inmate and insisted they call him ‘General’.

He threatened the negotiators that he would devour one of his victims. After that, he demanded cheese and pickle sandwiches and a helicopter to Cuba to cease the standoff. He only released his victims after cutting himself with a razor. The incident saw his prison tenure extended.

The jail term extension didn’t serve him any good because he was at it again three years later. Charles Bronson carried out another hostage attack in 1999, this time taking Phil Danielson, an education worker captive, for about 44 hours. Phil’s only crime was criticizing one of Bronson’s drawings.

Along with other accumulated previous crimes, this incident would land him a life sentence with a three-year minimum tariff.

They say love is in the eyes of the beholder. Yes, even the worst criminals in Britain find love, and the best part is that it happened after he got his life sentencing.  Bronson and his lover, Paula Williamson, a former Corrie actress, tied the knot on November 14, 2017 – previously desiring to marry on her birthday in August.

The lady was bundled into the Wakefield facility under a purple cloak. This followed a bizarre incident through town orchestrated by a lookalike and a lady on a mobility scooter. The wedding reception took place at a local hotel, but the couple went separate ways afterward, Bronson to his prison cells and Paula back to Malta.

The marriage would even have more drama. It only took six months for months for Paula to admit that the marriage was on the rocks after her husband started commenting on her weight. Bronson reportedly demanded that she do 400 sit-ups and ordered her not to get fat.

The incident followed another controversy where Paula learned that her husband might have set his parole back. He allegedly stripped off, smeared butter on himself, then challenged guards to a crap.

Bronson later demanded a divorce after seeing a picture of Paula on a wild night out. The photos show her letting a guy bury his head in her breasts, an act that makes the husband label her as ‘drunken tart.’

Bronson had the worst reputation in prison. Between 1975 and 1977, he had swapped between four prisons, Wakefield, Armley Walton, and Pankhurst. During these transfers, the officers would chain him to the prison van’s floor. He was often in solitary, but Bronson always found a way to assault the correctional officers and fellow inmates and damage properties whenever he got out.

He once attempted to poison a prisoner in the adjacent cell in HMP Wandsworth. After that, he was moved to Parkhurst, where he met and befriended the Kray twins, terming them the best two guys he ever met.

He was later transferred where his hatred for the system continued, and he assaulted two officers. He also attempted to commit suicide and was moved to Broadgreen Hospital under the Mental Health Act. However, this did not help Bronson, who still couldn’t get well with officers, the system, and fellow inmates.

At one time, he changed his tactics from violent attacks to hunger strikes and peaceful protests to drive his points home. He performed his first rooftop protests in 1982 while in Broadgreen. He would follow up this with another larger magnitude, causing up to £250,000 worth of damages.

He hid his third rooftop protest in 1984 and followed it up with an 18-day long hunger strike. After this, he was moved to Ashworth Hospital, where he attacked a fellow patient. The incident would see him accumulate additional three years to his sentence.

He went back to Walton Prison in 1985, but it didn’t take him long before he could cause more trouble. He did another rooftop protest causing £100,000 worth of damage. He would continually get these prison transfers throughout his seven-year sentence until his release in 1988.

Short Periods Between Release and Rearrests

After his release in 1988, he changed his name from Michael Peterson to Charles Bronson in a move to embrace boxing as a career. However, he would never enjoy this freedom because he was only re-arrested 69 days after the release. He was sent back to prison for seven years on account of armed robbery.

He again tasted freedom in 1993 for a second time but only spent 53 days as a free man before getting himself re-arrested. He was sentenced to eight years for intent to rob.

He is currently serving a life sentence after the kidnapping of Phil Danielson but has done exemplary well with the three-year tariff. Paula, his wife, still believes that Bronson will have his freedom soon.

According to his former Fiancee Lorraine Etherington, the secretary of Charles Salvador Art Foundation, art is the one thing that Bronson wants to continue. He spends about 22 hours per day in solitary, where he works on thousands of doodles, caricatures, pastels, and paintings.

Most of his work depicts life in prison and highlights violence which forms a better part of his past. Symbols and images of surveillance cameras, high prison walls, and restraints often feature in his masterpieces. He also often includes winged hypodermic needles that portray liquid cosh, a cocktail of tranquilizers that were often used in the 1970 and 80s in hospitals to numb and control prisoners.

At one point, he talked about his life behind bars and how it influences what he paints. He says that is the life he knows, and he cannot focus on other everyday things like flowers, bowls of fruits, or landscapes.

Art helped him reform and gain a different identity away from violence and his old being. He marked this by launching The Death of Bronson art and literature collection and sold most of his works at auction.

He has also sold other pieces and donated the funds to charity. In total, his charity work and private donations have contributed over £270,000 for good causes. Notably, he once auctioned a piece of his artwork and donated the money to a cerebral palsy boy.

The tag ‘Britain’s most notorious criminal’ may fit Charles Bronson’s previous life, but he is now a reformed person. Besides art, the now relatively calm and peaceful inmate now focuses on exercises. He also has a book written about working out in closed spaces.

These great things are testimony to who he has transformed into and signifies that he is now embracing humanity in the right way. For example, in 2018, when he was arraigned in court for trying to inflict bodily harm, he expressed some remorse by saying, “For the first time in 44 years in prison, I never intended to be violent. I never meant to hurt the governor.”

Bronson has been famous for all the wrong reasons. However, with the new profile, he is even becoming more popular. With all this newfound love for good things, he looks to change the world and discourage people from turning into what he was.