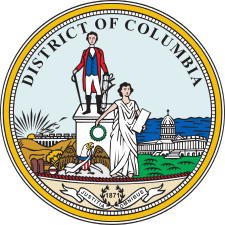 About District of Columbia Department of Corrections

The District Government established the agency in 1970 and was initially known as the Corrections' Services Agency (CSA). It was restructured in 1976 and became a Department under Mayor Walter E. Washington, and Commissioner Timothy J. Hogan took over the directorship of the newly named Department of Corrections. The agency's title was later changed to its present name in 2002.

The DOC's mission is to reduce crime by providing a safe and secure environment for District residents and employees. It aims to achieve this by effectively managing offenders supervised within an environment that promotes personal responsibility for their actions.

The DOC's main facility is the D.C jail (Central Detention Center). This facility holds only adult inmates awaiting trial, misdemeanor convicts, and felony offenders whose transfers to the Bureau of Prisons are underway. As such, there is no sentencing for offenders whose crimes are felonies in nature.

This facility began operations in 1992. It is next to the District of Columbia jail and sits on 10.2 acres of land. Additionally, it is an eight-story medium-security institution. The facility comprises of five different structures that are close enough to seem like one massive structure.

Currently, CTF is under the management of a private contractor, the Corrections Corporation of America. The contractor is operating on a 20-year contract with D.C.

Further, the DOC has contracts with three private halfway houses. These are the Extended House, Inc., Fairview, and Hope Village. D.C DOC together Superior Court uses these houses on occasion as an alternative to incarceration options.

Notably, the D.C DOC does not house individuals under the age of majority not charged as adults. Instead, it is the responsibility of the Department of Youth Rehabilitation Services.

Staff responsible for case management take new arrivals around the facility upon arrival at the Inmate Reception Center (IRC). They also respond to any questions that may arise. Moreover, they will give the new inmates different materials and guide handbooks to help them get familiar with the new environment. This procedure will entail watching videos and films on the Prison Rape Elimination Act (PREA), as well as orientation and reentry into the community.

Afterward, the case management staff take the new convicts to the suitable housing unit depending on the institution. Here, they will undergo an assessment for custody score, risk, and a PREA evaluation. The custody score, together with other considerations, will decide the particular inmate's housing area.

Furthermore, the housing unit staff will take the inmates through the facility's programs, services, and activities. The staff will also offer guidance on the particular facility's disciplinary processes.

Misdemeanor convicts with 45 days or fewer to their release day may qualify for an evaluation to assist in determining the new inmates' requirements for pre and post-release planning.

The first step in the grievance procedure involves notifying any staff member of an issue resulting in a complaint as soon as possible.  Failure for the staff member to respond to the problem within five days entitles the inmate to pursue an informal resolution process.

The informal resolution forms are accessible from any staff member within particular housing areas. As such, the DOC personnel are under an obligation to provide the forms.

The submission of the grievance form entails dropping it to the unit case manager. He/she will research to evaluate the attainability of the request or resolution of the issue if possible.

Then, the case manager drafts a response which is part of an effort to settle the problem informally. He/she will sign the grievance form and attach the response within five days and send it back to the inmate.

Furthermore, the DOC gives way for a further remedy to the inmate when the case manager cannot address the matter. The prisoner can submit the initial complaint to the IGP Coordinator by depositing the form in the grievance box. Each housing unit has a grievance box. Undertaking this action will result in the filing of a formal grievance.

Notably, the staff members will only collect the complaints from the lockable grievance box on weekdays, except on some holidays.

Upon receipt, the IGP coordinator will then send the inmate a receipt acknowledgment by postal services. Typically, it takes 15 business days for the coordinator to respond after receiving the complaint.

The Records Office is responsible for the preservation of inmates' official records. However, the D.C DOC does not compute sentences for felony crimes. It is the Federal Bureau of Prisons (FBOP) that does so. As such, felon convicts in any D.C DOC facility awaiting transfer to the custody of FBOP may submit their requests for sentence calculation to their offices in Grand Prairie, Texas. Family members or legal counsel aid in doing so. Misdemeanor convicts with issues concerning sentence computation may submit a request to any Records Office staff for assistance.

The department of corrections requires that social visits at the Central Detention Facility happen through video visitation technology. As a result, each housing unit at the D.C jail has visitation monitors. Visitors can utilize the video visitations at the Video Visitation Center, situated close to the prison at former D.C. General Hospital. Alternatively, they can use community-based satellite visiting facilities within Washington. The facility authorities inform the interested individuals of the satellite to use upon making a visitation reservation call. Moreover, visitation bookings must happen not less than 24 hours before the actual visit.

Visitations for females at the CTF are usually in-person visits.

The District of Columbia Department of Corrections offers escorted trips to inmates. Such trips include court appearance transportation, transportation for medical treatment away from the facility, or institutional transfers. Additionally, some individuals may require to visit an ailing family member or attend a deceased private viewing ceremony. In such a case, the department organizes escorted trips whose cost will be borne by the inmate. The costs include extra expenses by the guide correctional officers.

Inmates who receive adequate medical care while incarcerated are better prepared to reenter the community and become productive citizens. The District of Columbia Department of Corrections (DCDOC) is responsible for providing medical services for its inmates and detainees. Each inmate undergoes screening upon admission into the system for medical problems through an intake medical screening section. This includes taking a complete medical history, performing a physical exam, and screening for sexually transmitted diseases.

Furthermore, an inmate's request for medical attention can be initiated by contacting any health care staff member. A qualified physician sees and examines each inmate who reports to the Health Services Unit for medical attention. Those with chronic medical conditions such as hypertension and diabetes get priority for treatment. The physician also closely monitors the progress of such persons.

Inmates in need of emergency assistance can either present themselves at the infirmary or inform a medical staff. Inmates who display acute symptoms or a medical condition that cannot wait until Health Services Unit staff are available during regular business hours will be escorted to the emergency room by security staff.

Moreover, the department mandates the transportation of inmates requiring hospitalization to an outside treatment center. This is done by a specially trained unit of correctional officers. Security staff members who accompany the inmates receive special training in assisting Emergency Room personnel with a potentially violent or uncooperative inmate, as well as providing special care to the sick or injured inmates.

The DOC inmate search process entails contacting the DC DOC records office for general information or through the online search process. The online process entails visiting the official inmate record website. This site gives access to Washington's records, including the municipal and county records. The website allows individuals to key in the offender's first name, last name, and city option. The name option is mandatory. As such, the searcher must be aware of the offender's names.

The DOC offender locator process generates all names that match the given details. However, access to these details is not exclusive as there is a small fee charged.

Types of Correctional Facilities in District of Columbia

District of Columbia Prisons and Jails