15 Most Luxurious Prisons in the World and Why 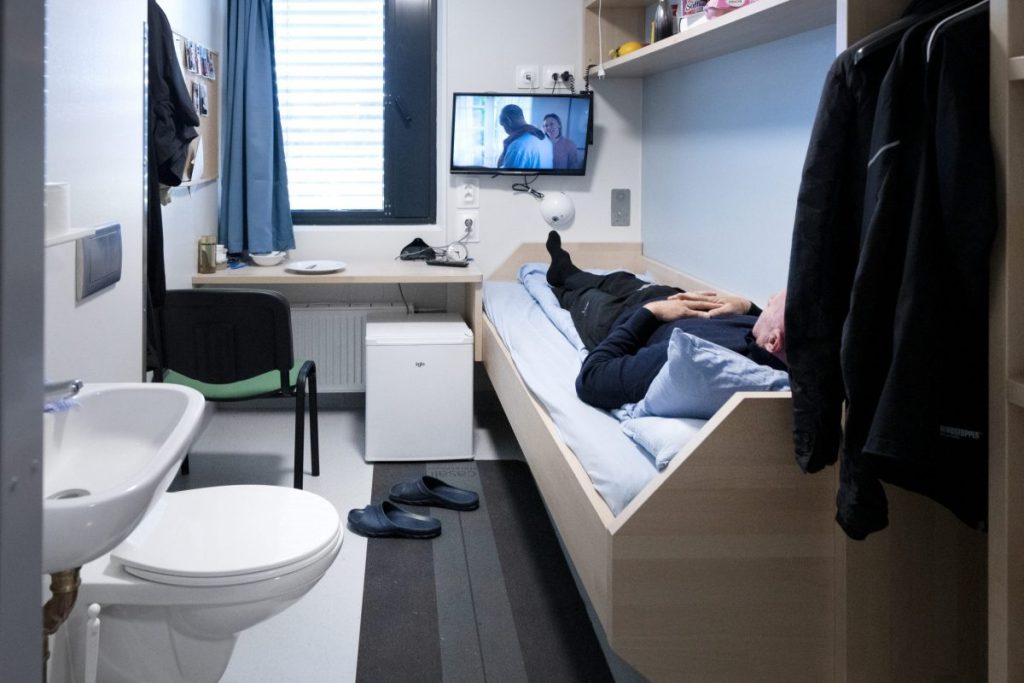 What picture comes to mind when you think of prison? The majority of us are consumed with the delusion that prison life is a pathetic experience no one would like to go through. It’s true; some prisons are horrible. Inmates are confined in cells, surrounded by iron bars, fierce guards, dark hallways, and a poor environment.

The justice system has revolutionized over the years, and many states are converting the jails meant for punishment into correctional facilities where the inmates can go through rehabilitation.

In so doing, they create a conducive and friendly environment for the mental well-being of its inmates. You won’t believe it when I say some prison cells are much better than your flat. In these prisons, there are amenities that narrow the difference between the prison environment and the external conditions, allowing the inmates to go through the rehabilitation process with ease.

Below, we provide a list of the top 15 most luxurious prisons in the World.

Bastoy prison is found on Bastoy Island, Oslofjord in Norway. This prison is considered the most excellent prison in the World due to its amenities that many other prisons are not privileged to have. The prisoners are allowed to tan at the beach or stroll in the nearby forest.

The prison houses 115 prisoners, some of whom have committed severe felonies. It is the largest low-security prison in Norway. However, it provides a soft life to its inmates, making the prison assume a small community setting. Inmates in this prison live in shared facilities but have separate bedrooms. The inmates are also allowed to visit the prison library and canteen and dress in their own clothes.

The prison offers several recreational facilities to these inmates, including:

The prison is described by many as a holiday camp or rather an ecological prison. The prison tries to maintain a respectful and friendly relationship between the prisoners and the guards. They believe that the friendly treatment approach is proving effective to curb society immorality and criminal activities.

HMP Addiewell is a learning prison located near Addiewell village in West Lothian, southern Scotland. The prison has an inmate population of 700 and is managed by a private company, Sodexo Justice Services. It is contracted to the Scottish Prison Service and houses inmates referred from the Scottish prison service. This prison is a correctional officer for adult male inmates, both convicted and those in remand.

HMP Addiewell grants each inmate 40 hours every week for productive skill-building. Rather than punishing the inmates, this jail focuses on helping inmates transition back to ordinary civilian life where they can live with purpose.

Pondok Bambu Prison is a prison facility for female inmates. To the shock and dismay of many, this prison has everything you can imagine of. Ranging from air conditioners to karaoke machines, this prison is fully equipped for the best prison life experience any incarcerated individual can dream of.

For sure, it is the most luxurious prison in the whole of Indonesia. However, the prison is associated with endless corruption claims alluding to the flashy amenities in the facility.

Below is a list of outstanding features this prison contains:

Otago Corrections center is a rehabilitation center located in Milburn, New Zealand, near Milton. This is a luxurious prison in New Zealand as it provides the following exceptional amenities to its inmates:

The Justice Centre Leoben is a complex serving both as a prison and a court. It is located in Leoben, Styria, Austria, and houses non-violent prisoners. Two inscriptions on the prison’s perimeter define the prison and bring out an accurate picture of it. This is the inscriptions:

Inmates in this prison live in individual cells having a private bathroom and kitchenette. The inmates are also provided with a television set. Other amenities also make life at Justice Center Leoben much more comfortable. These include a basketball court, a fully-equipped gym, and a recreation area.

HM Prison Berwyn is located in Wrexham County Borough, Wales. It is a £250 million Category C prison housing adult male inmates. The maximum capacity of this jail is 2,100 prisoners, commonly referred to as men rather than prisoners. Their guards have to knock on the door before entering their rooms.

The inmates inside this prison lead a comfortable life as they are even provided with laptops. They use these laptops to order their weekly meals, do studies, organize the weekly shopping, schedule visits, and many more.

Aranjuez Prison is located in Aranjuez, south Madrid, Spain. It’s nicknamed ‘the premier prison for families’ as it allows family members to stay with their incarcerated loved ones. The prison aims at preventing kids from knowing that their parents are behind bars. The prison has the following set of amenities:

Champ-Dillon prison was initially among the most overcrowded prisons in Europe. However, the reconstruction of the prison improved resources and updated the prison amenities for the comfort of the inmates. The new residence facilities have spacious triple-occupancy cells with an attached bathroom. Many other features came with the refurbishment of the rehabilitation process of the prisoners.

Halden Prison is located in Halden, Norway, and it’s a maximum-security prison. This prison was established in 2010 to serve as a rehabilitation center for inmates. It has three units and houses inmates from all over the World. However, the prison doesn’t have conventional security devices.

This rehabilitation center is designed to emulate everyday outside prison life.

It has several features that depict luxurious conditions, among them being:

JVA Fuhlsbüttel Prison is located in Hamburg, Germany. It has multiple features that address the comfort of the inmates. These includes:

Sollentuna Prison is located in Sollentuna, Sweden. It has spacious triple-occupancy cells with an attached bathroom.

The prison allows the inmates to prepare meals on their own. What’s more impressive is that these inmates are allowed to watch television any time they want. The prison also has a weight room where the inmates can have fitness workouts.

Having these facilities at the prison makes the prisoners feel comfortable, which converts to their rehabilitation potential.

Cebu Prison is a prison in the Philippines well known for its rehabilitation programs. It’s led and managed by Byron F. Garcia. Prisoners in this prison spend most of their time singing and dancing in the entertainment joints within the jail.

The well-known rehabilitation program is called Cebu Provincial Detention and Rehabilitation Center (CPDRC) Dancing inmates. The program records the routines of the inmates in prison and is directed and supervised by the prison head, Byron F. Garcia.

San Pedro is a prison of its kind in Bolivia. The prison runs as an independent town and has self-appointed authorities who lead the prison. Its neighborhood is also dominated by family residents, cafes, shops, and many more.

Suomenlinna prison in Finland is an open jail. It is one of the very few prisons in the World to have an open jail system. There are no bars. Neither do closed doors exist. Inmates incarcerated in this prison dwell in communal homes having individual rooms. The inmates are also allowed to work on construction fields across the island.

Qincheng prison in China is a luxurious prison for high-ranking government officials. There are fish ponds and Orchards stretching all over the place in this prison. A high number of inmates are top government officials who receive unique treatments while serving their jail terms.

They are served fish dishes and fresh fruits. They also spend much of their time watching television and viewing the misty hills near the prison.

Despite prison life being associated with harsh and unfriendly conditions, the revolution of prisons has proven worth it. Several states have improved their prisons facilities and general requirements for a better inmate life. Thanks to the efforts of converting jails into correctional centers that support rehabilitation processes and other beneficial programs.