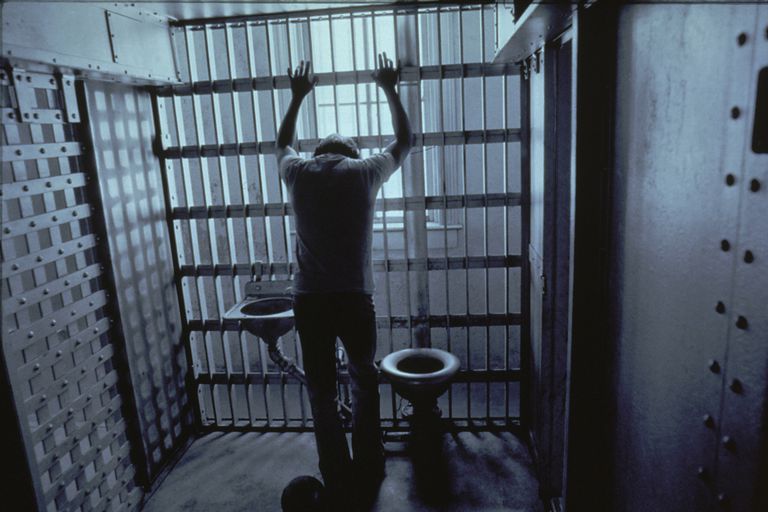 The United States has the highest number of prisoners in the world. However, many inmates undergo cruel and unusual punishment despite the protections availed under the 8th Amendment. Inmates held in these prisons suffer harsh punishments from fellow inmates, but mainly from the correctional officers.

In addition to incarceration, inmates suffer a range of rights violations that the prison administrations would rather not be known to the public. Released convicts give accounts of what happens or what they went through at the time of their imprisonment.

When an inmate has committed an offense, prison wardens may administer punishment by withdrawing privileges. In these instances, inmates can no longer receive visitors, earn wages in prison, or purchase items from the commissary.

In this article, we discuss some of the harshest punishments administered to prisoners by prison wardens.

Punitive isolation is used almost in all prisons as a way of punishment for inmates. Different prisons have different levels of segregation depending on the seriousness of the offense committed by an inmate. More serious offenders are put in solitary confinement, sometimes without privacy and little ventilation, usually small. In solitary confinement, inmates may further be subjected to poor sanitation and diet and prolonged segregation leading to psychological torture.

In solitary confinement, you are unable to talk to or see anyone.

Removal of personal belonging from cell

Prison wardens may remove personal items from the cell, such as bedding, leaving the inmates in an empty prison cell. The prisoner has to sit and sleep on the floor when this is done, mostly under very cold conditions.

Incommunicado situations may lead to severe violations of human rights when the inmate cannot access their attorney. Although there is no well-defined legal framework for incommunicado detention, an inmate has the right to access their attorney. Usually, the inmates’ immediate family should be notified of any arrest and incarceration of their loved ones at least eighteen hours after being incarcerated.

Use of cold water

During the winter, prison detainees may be forced through extremely cold conditions. An inmate could have cold water poured over their head, especially during interrogation. In extreme cases, pouring freezing water over their bodies during cold seasons may lead to hypothermia.

Inmates may be forced to unnatural body positions often over days and sometimes chained to remain in a particular position. This method of punishment is often used in combination with other ways, such as rationed food.

An inmate may be put in a cell cage that is shorter than their height. The enclosure is measured such that the inmate may neither stand nor lie on the floor. In this technique, the inmate will get tired after a few minutes. They will suffer much pain in that position. The inmate cannot sleep in this position, and their situation may be worsened by denial of drinking water.

When an inmate commits an offense, they could be made to stand out under the scorching sun or cold conditions with little or no clothing. The inmate may develop sore feet if it is hot or begin to shake in the cold.

An inmate could be made to crouch down, holding their head in their hands and resting the elbows on the thighs. Additionally, a block of wood is placed under their thighs. This painful position causes extreme pain and results in their legs becoming numb.

In more extreme situations, inmates held in high-level detention are made to listen to loud music for long periods to distract detainees from concentration.

Body searches are common in prisons. When inmates are suspected of possession of drugs, they undergo an examination by the prison wardens. The intrusive bodily search is not only degrading and humiliating. Inmates may be forced to strip naked too during the searches. When undressing happens in the presence of the opposite gender, it is humiliating and upfront to personal privacy.

In as much as invasive search is allowed, it may cause psychological or physical injury.

There are instances of outright neglect and denial of medical care as a punishment. Inmates who, unfortunately, were unwell at the time of incarceration or became ill while in prison are punished by denying necessary medical attention. Inmates suffering from chronic diseases like diabetes and hypertension are denied drugs.

By denying them drugs, the inmate’s suffering is heightened and prolonged. Denial may be deliberate to cause the inmates more anguish as a punishment.

Restraint as a form of punishment takes different forms, the most common being chaining an inmate. An inmate can be chained for a long time to the cell grill or strapped on a fixation bed.

When constrained to one particular position, inmates get tired within a minute. The results are the development of bodily sores and painful joints. This is a common punishment when an inmate is held in solitary confinement.

Overstretching of the inmate’s legs

The inmate or detainee may be tied on a narrow iron or wooden bench with a strap around their legs, and then their hands are tied behind their back. Objects such as blocks of wood or bricks may be pushed under their feet. The legs of the victims then overstretched to inflict pain on the inmate.

To break the will or resistance of an inmate is submitted to force eating. The inmate may be chained or strapped on a chair and forcefully fed through the mouth. Force is applied to the inmate to have them open their mouth; this could be brutal. The inmates’ teeth or mouth could be injured when hard objects such as spoons are used.

Forced feeding is a common punishment meted out on inmates who go on hunger strike to protest against various issues such as prison conditions or reasons for incarceration. Forced feeding is, however, not a means to ensure that the detainees but a punishment.

Sleep deprivation prevents one from having adequate sleep or quality sleep. Prison wardens may deny an inmate sleep as a punishment. The inmate is made to sleep fewer hours than usual for days. They may be made to sleep in a rather unusual position that prevents them from catching sleep, such as with the heed raised slightly higher than the body and with their arms strapped. Wardens may also remove bedding from the cell, leaving it empty. The wardens may also pour water in the cell and cause endless loud noise throughout the night. When sleep is deprived, the inmate’s brain is adversely affected. The inmate may lose alertness and cause general body fatigue.

Capital punishment is authorized in at least 27 states. Some of the states that do not allow capital punishment include; Virginia, New Mexico, Colorado, Illinois, Maryland, Connecticut, and New Hampshire. These states have recently abolished capital punishment and replaced it with a sentence of life imprisonment without a possibility for parole.

Other states administer capital punishment using other secondary methods of execution when the lethal injection is not available or is found not to be constitutional, such as Arkansas, Mississippi, Oklahoma, Utah, and Alabama.

Other states like Florida, Missouri, Virginia, Washington, Alabama, and California have options for the inmate to choose from on requests such as hanging, nitrogen hypoxia, lethal gas, firing squad, and electrocution.

When inmates commit offenses or run into trouble with the prison administration, they undergo severe and sometimes harrowing punishments. In prison, they no longer have all the rights of an accused person at a trial. They are not entitled to an attorney since these are disciplinary proceedings. It is upon the prison wardens to administer punishment to the respective inmate. Citizens have a right to information and thus need to know that their loved ones held in prisons are being abused physically, mentally, and emotionally while serving their sentences, despite the existence of the 8th Amendment and other statutes safeguarding human rights.