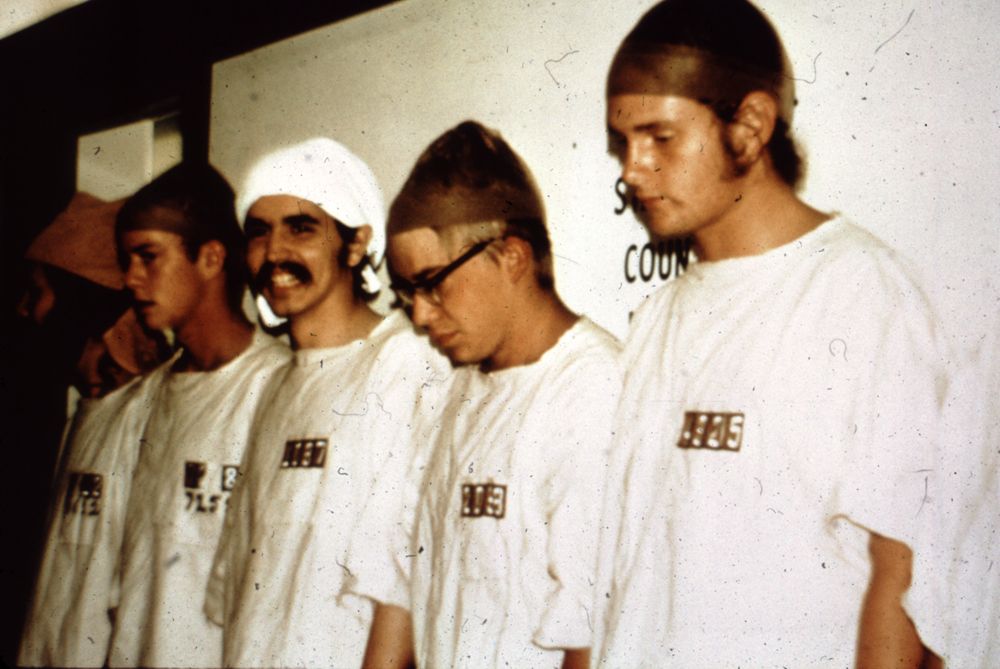 Doug Korpi is often referred to as Prisoner #8612. He participated in an experiment after being considered mentally okay to experiment. When it started, Korpi asked to be released after 36 hours. He helped stage a rebellion because of the conditions that they were subjected to. This made him spend time in the solitary confinement room.

The conditions in the study included psychological abuse coming from the guards. Prisoner #8612 started having mental issues because of this. He started screaming and crying—the team facilitating the experiment thought he was faking it so that he could be released.

Because of this, Korpi’s mental state became worse. He spread the word to other inmates that it was impossible to quit or leave the study because Dr. Zimbardo denied his request to leave. The team didn’t accept his request, and he was sent back to Stanford County Jail, where the experiment was conducted. Korpi began to visualize himself as an actual inmate rather than it being an experiment.

Korpi later asked for a doctor while shouting, saying he was “burning in the inside.” There is actual audio footage of this. He began to get angry and paranoid at this time. Dr. Zimbardo noticed that prisoner #8612 was not okay and decided to release him. To proceed with the experiment to the desired goal, Dr. Zimbardo told the other prisoners that Korpi had been transferred to a maximum prison.

The Experience at Stanford County Jail was unbearable for most participants, but Doug Korpi looked worse than the rest of the prisoners. Let us look at how the experiment was conducted and led to prisoner #8612 being released.

Let’s dive into where it all started. The Stanford Prison Experiment is one of the infamous experiments ever conducted in Palo Alto, Calif. Dr. Philip G. Zimbardo was the master planner of the experiment. He experimented with how correctional officers and prisoners co-existed inside a prison and made it more realistic; guards would get the required training.

The experimental study quickly transformed and began to look like a real-life prison. Some “guards” became sadistic and abused “prisoners,” making them seem like real prisoners.

It all began with a newspaper advertisement: “Male college students needed for psychological study of prison life.” Dr. Zimbardo, together with his team, chose 24 college students to take part in the study. They were offered $15 for each day of the study period. Choosing between prisoners and guards was just a simple coin flip. Nobody knew what was coming, even Zimbardo.

On a chilled Sunday in August, Dr. Zimbardo used real police officers from Palo Alto to start the study. They arrested the students for armed robbery; this was to make the experiment as natural as possible. The actual process that a suspected felon goes through was followed by being read their rights, cuffed and frisked, then carried to the Palo Alto police station.

In the police station, the suspects fingerprints were taken and their charges were read. They were later blindfolded and held in a cell waiting to be moved to “prison” at Stanford. As this was going on in Palo Alto, Zimbardo led his team in finishing touches in the “prison.” Cells had bars nailed to them, and they set up an area for “solitary confinement.”

The team-picked consultants were real ex-cons who guided the team on making the experiment as authentic as possible. The facility had hidden cameras, and they bugged the cells for the researchers to have audio and visual scenes at all times.

The guards wore khakis, sunglasses and had a baton and whistle. The guards had no training in handling prisoners, giving them the responsibility of doing what they thought was necessary. Some “guards” fared well, while others became sadists.

“Prisoners were prepared for a bad diet and some harassment when they signed in. They didn’t expect to wake up at 2:30 am on the first day for a roll call. “Guards” showed their authority by making “prisoners” memorize their inmate IDs and do push-ups.

On day 2 of the experiment, the “prisoners” hurdled themselves in the cells, destroyed their numbers and caps, and began scoffing at the guards. This caught the researchers by surprise. The “guards” fought back and shot fire extinguishers at the “prisoners,” stripped them naked and removed their beds. The rebellion leader( Prisoner #8612) got thrown into solitary confinement.

The “guards” realized that physical control would not work for the “prisoners,” so they shifted to psychological methods. Cooperative “prisoners” went to a privileged cell where they got their clothes and beds back. They were also allowed to wash their clothes, eat, and brush their teeth.

After a while, the “guards” swapped the “prisoners” and put the stubborn ones in the privileged cell. This brought a lot of confusion which messed up the trust amongst the prisoners.

The “prisoners” were not allowed to use the bathroom, and instead, they were given buckets. Only cooperative “prisoners” were allowed to empty their buckets. “Prisoners” thought the facilitators picked the guards because of their body size. However, both groups were averagely the same height. Furthermore, the guards continued their tactics and put paper bags on the prisoners’ heads as they walked around.

All these dehumanizing tactics are what made prisoner 8612 angry and he told the other “prisoners” that they couldn’t quit. Though the information was not accurate, it terrified most “prisoners.”

Dr. Zimbardo organized visiting hours for the “prisoners” friends and family. He ensured the “prisoners” cleaned themselves and their cells. He also fed them a good meal to reduce their parents’ worries about going back to their son’s home. Some parents brought complaints, but Dr. Zimbardo brushed them off.

After prisoner 8612 managed to get his release, word came out that he was planning a prison break for the other “prisoners.” The information got to Zimbardo, and he tried to move the “prisoners” to a real prison. However, he failed. They moved the “prisoners” to a different floor blindfolded.

The study was hard to distinguish from actual life, dr. Zimbardo was up the whole night waiting for the plan to kick off, but it never happened. Zimbardo was acting like a real prison superintendent.

The “guard” harassed the “prisoners” even further after the incident. They increased the number of push-ups and jumping jacks. The “prisoners” were also forced to do unpleasant tasks like scrubbing toilets.

Like an actual prison, Dr. Zimbardo brought in a priest to talk with “prisoners.” The priest wanted to know why they were in jail, and if they would like to have a lawyer, some prisoners agreed. Shockingly, the “prisoners” used their numbers rather than names.

More “prisoners” succumbed because of the harsh conditions in prison. One “prisoner” stopped feeding and cried a lot. When Dr. Zimbardo allowed him to leave, he declined because he would be considered a bad prisoner. The prison study experiment had features of an actual prison, including parole.

In a phone interview with Prisoner # 8612, he claimed that it was all an act. Here are his actual words: The breakdown I had was a manipulation to get out of the damn experiment. I put myself in a state of mental anguish, and it was traumatizing for me to scream, to do those things. Whether you will find it manipulative or were forced into it by some psychotic break, it’s still upsetting to have to yell and scream” (Grunge, 2017).

Doug Korpi agreed that he was faking everything in the experiment, but Dr. Zimbardo thinks that time changes everything. He states that Korpi’s feelings changed over time, and he was not the same as he was during the experiment. He said that Korpi’s memory of the experience was altered and that he had a false memory.

However, Doug Korpi changed all his negative experiences into something meaningful. After his release, he went and got a Ph.D. in clinical psychology. Furthermore, he’s served as the San Francisco County Jail psychologist as the chief psychologist, practicing forensic psychology.

He aims to correct the conditions and restore the dignity of prisoners from sadistic guards in prisons. The Stanford County Jail experiment made a significant impact on everyone, even the affected parties.

Doug Korpi, later on, worked to make a change in the prison system because of his experience at the Stanford County Jail experiment.