List Of Prisoners Who Escaped And Are Still At Large 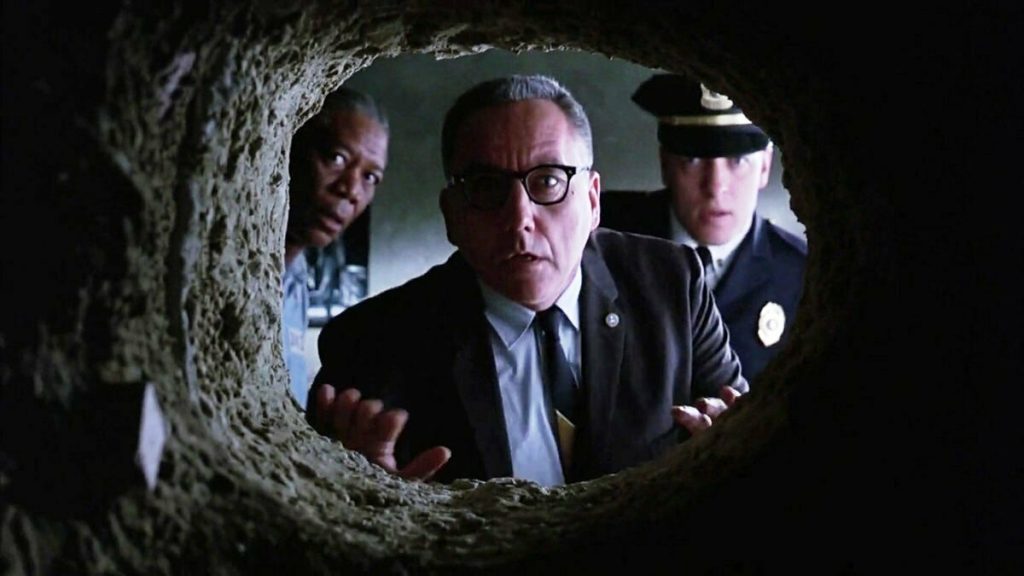 Prison escapes are daring experiences and only the best planners are capable of succeeding. Most prison escapees manage to escape but don’t survive outside for long. Some don’t even finish a day without being recaptured, eventually getting punished severely. Deciding to escape is not for the soft-hearted; only notorious inmates attempt doing the act regardless of the fact that guards carry guns everywhere in prison.

So trying to break out, breaking out, and staying out are three different things, and each is punishable. However, you could escape charges if you manage to stay out of the radar once you’re out. In this article is a list of prisoners who broke out and stayed out of sight to date.

Frank Morris was a daring inmate who managed to break out of the Alcatraz maximum security facility, an island in San Francisco. He was accompanied by the Anglin brothers, John and Clarence. If you’ve heard about Alcatraz prison, you know the security that inmates have to pass through to get out.

When word came out that they had broken out, guards began a search. Unfortunately, the guards only found their raft and paddles, which were washed to the shore. The escapees were never seen again. People believe they drowned to death. However, the Anglin brothers made it out and even had proof. The FBI is still puzzled by the case and doesn’t know which story to go by.

Victor Figueroa was a convict sentenced to 1-4 years in prison for possession of drugs. He was incarcerated at the New York State prison. On February 6, 1997, Figueroa was headed to the mess hall where he escaped from Moriah Shock Incarceration Facility in Mineville.

Immediately prison officers realized this, they began the search but came to nothing. The trail went cold. Authorities believe Victor died after falling in a mine shaft close to the facility. The only information known is that Figueroa was never found again. Figueroa was the only convict who managed to escape successfully in that New York state prison.

Chambers, an inmate in for murder, was on death row. He got lucky and got a life sentence instead. But he had no plans to serve time. When making office furniture in Polk Correctional Facility, Florida, he persuaded fellow inmates to put him inside a crate later loaded on a truck.

Later, his clothes were found inside the truck making the authorities consider the plan resourceful and intelligent. Chambers has families in Florida and Minnesota. Some people have reported sighting him in Alabama and Florida. If Chambers is alive, he’d be nothing less than 69 years.

Glen Stewart was an inmate at Folsom State Prison, California. He was in for charges of murder. He escaped from the facility in 1987. The FBI still has him on the most-wanted list. Later, Godwin got arrested for drug trafficking, which led to his incarceration at Guadalajara.

Godwin has several nicknames(Dennis Harold McWilliams, Nigel Lopez, and Michael Carrera). It is alleged that in 1991 he murdered an inmate and got away again. Intel has it that he is somewhere between south and Central America. There’s a $20,000 reward for any information that will lead to his arrest.

Leonard Rayne Moses managed to escape after getting leave to join his family during his grandmother’s funeral in Pittsburg, Pennsylvania, on June 1, 1971. In prison, he was serving life imprisonment for murder charges connected to the 1968 Pittsburgh Riots linked to Dr. Martin Luther

Moses is still in the shadows and is termed as armed and dangerous. The FBI has a reward of $10,000 to secure information that will lead to his arrest.

Jerry Bergevin was held in Camp Waterloo in Michigan. In 1969, he escaped the prison camp. The inmate was serving a fifteen-year sentence for breaking in. Officers think Jerry Bergevin scaled a barbed-wire fence. However, this information is not proven since the incident happened a long time ago.

His search was called off in 2013 after an unsuccessful search. During that period, Bergevin would have been 80 years old. To date, his whereabouts are unknown.

Vassilis Paleokostas tried to escape once but his plan failed. However, his second plan was successful. He was serving a 25-year sentence in a Greek prison for robbery and kidnapping. Paleokostas used a helicopter in both of his planned escapes in 2006 and 2009. Since the second escape, he has not been found.

When escaping, he did not do it alone. He tried to escape with his cellmate, who was not successful. The helicopter was hijacked by a lady who let a rope ladder hang for them to climb. Though his cellmate was caught, Paleokostas has never been traced.

Omid “Nino” Tahvilli was the leader of a Persian crime network. He pulled out his escape by impersonating a janitor working for the prison. He bribed an officer to keep his mouth shut. The guard was prosecuted while Tahvilli’s whereabouts were still unknown. Tahvilli is an international fugitive who is wanted in the US. He has been linked to an illegal telemarketing business aimed at the elderly. In 2017, Tahvilli called Canadian Police to discuss his return to custody. He was negotiating a deal to avoid him being extradited to the US. The authorities have doubts that it was him.

Joanne Deborah Chesimard got a life sentence for murder and more crimes. She was serving a sentence at a maximum-security prison in New Jersey. She escaped successfully from the facility in 1979 through a revolutionary group where she was one of the members.

The FBI is offering a million dollars for any intel that will lead to the recapture of Deborah Chesimard, who now goes by the name “Assata Shakur.” Chesimard got political asylum in Cuba, where she has been living since 1984.

George was held at a prison in New Jersey, where he attempted his escape in August 1970. He was recaptured and sent back, but he managed to pull another escape in 1972, where he had a plan to avoid being imprisoned again.

On July 31, George and his allies hijacked a Delta airlines plane. The team collected ransom and released the passengers, and later flew to Algiers. However, in 2011, authorities tracked him down in Portugal. Portugal and the United States have no extradition treaty. For this reason, George Wright was released, never to be found. However, his case was finally solved.

Fredrick Mors was sentenced to a prison with insane people after he turned himself in for killing eight people in an old folks home. Fredrick claimed he had found a way to kill someone using Chloroform as a way to end the suffering they went through.

Mors was regarded as crazy but wasn’t stupid. In the 1920s, Mors had found a way to escape from the facility. Record on how he managed to escape is unknown, but he is still on the run to date.

Patrick Hannan got a 21-month sentence for stealing a car and assaulting two officers After a while, he and a fellow inmate, Gwynant Thomas, made it out of prison. They used tied-up sheets to climb the prison wall. They entered a gas station and stole overcoats, cigarettes, and beer.

Thomas was unlucky; he was arrested within 16 hours. Hannan, on the other side, is still on the move. He hit the record for the longest escape with over 60 years. If Hannan is still alive, he’s probably 80+ years old.

Police tried finding him using different methods. Immediately after the escape, they placed roadblocks and used k-9 units. The search went on until about 20 years ago, and he was even asked to give in.

Escaping from a medium or maximum level is hard to pull. Most inmates don’t have an agenda rather than being free, and they would do anything to achieve this. Being free enables inmates to do what they want.

Prisoners have done a lot of things to get out of prison. However, most don’t survive in the outside world for long. Also, some get caught and come up with new ideas on how to break out of prison. Those who manage to stay out of the radar take time to plan the escape.

Some correctional officers also help prisoners escape when they are given a good amount of money to keep quiet.