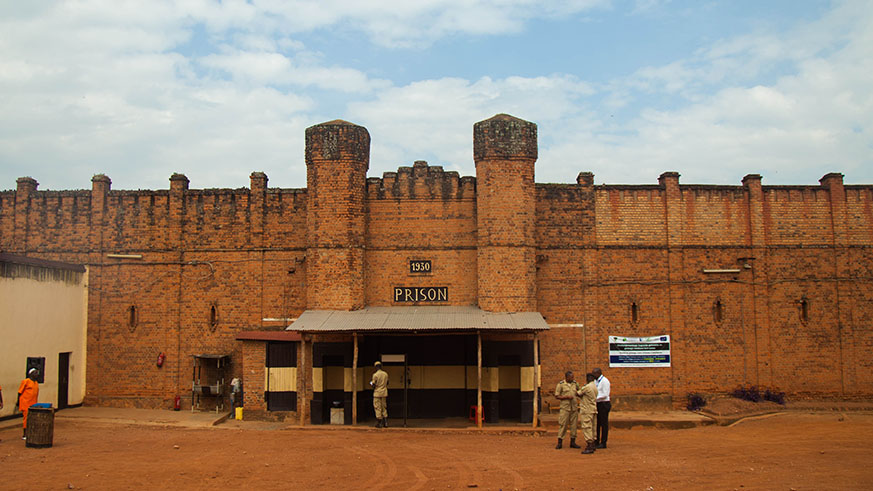 Imprisonment has always been perceived as punishment for felonies committed. Across the world, prisons differ in many variables, among them being size, amenities, and the nature of prisons housed. These variations largely depend on the inmates the prison incarcerates.

Most of the minimum security prisons are bearable and have better conditions than maximum-security prisons. Some of them are luxurious with spacious and better cells, private bathrooms, and have recreational amenities. However, there are some prisons that have poor conditions for the survival of the inmates. Some of them are overcrowded, involve violence, human rights violation, brutal treatment, and some even fail to address the health needs of its inmates.

Below, we discuss the top 10 worst prisons in the world.

United States Penitentiary is the highest maximum-security prison in the United States. It’s also called the ADX Florence or Supermax, with some referring to it as the Alcatraz of the Rockies. This prison facility was established in 1994.

Inmates in the United States Penitentiary prison are exposed to harsh conditions. The inmates are confined in solitary cells for 23 hours every day. The cells they are confined to are small; they measure seven feet by twelve feet, with windows measuring four feet by three feet. The prison provides the prisoners with only unmovable concrete furniture, a desk, and a bed, having a thin mattress.

The inmates are served meals through the small slots in their doors. After spending 23 hours inside their cells, the inmates are allowed to go out for one hour. However, the prisoners are kept in restraints and directed to a small cage outside. Heavy security manning is imposed on the inmates while in the cage.

Gitarama Prison in Rwanda is probably the most crowded prison in the world. The prison’s maximum capacity is 400 inmates but currently has more than 7,000 inmates within the facility. Imagine that!

Overcrowding in this prison forces the inmates, both male, and female, to stand all the time on the poor grounds. To make the matter worse, most of them, if not all, don’t have shoes. This exposes them to a significant risk of contracting diseases, especially infections associated with foot rotting.

There are dozens of deaths recorded every day inside this prison. The primary cause being diseases they contract due to the poor conditions in jail. There is only one medical practitioner who attends to the inmates; given the enormous numbers of inmates, most of them go unattended, resulting in deaths.

The majority of the prisoners incarcerated in Gitarama prison are offenders of the 1994 Rwandan genocide.

Rikers Island prison comprises ten separate prison facilities that incarcerate male, female, and juvenile inmates. Rikers Island Prison is known for corruption, extreme violence, and gross mistreatment of prisoners. The group of inmates that suffer the most is those with mental challenges.

In 2008, an 18-year old juvenile prisoner by the name of Christoper Robinson was beaten to death. Those responsible for the death of the juvenile were a section of a program of the secret society initiated by the correctional officers where a particular group of inmates was given authority to exert violence on their colleagues as a way of maintaining order.

Violence cases from inmates and the correctional officers reported in prison over the years have been an upward trend.

The Rikers prison is also known for solitary confinement in the US. The cells were used so often by the various prisoners that the Department of Corrections decided to construct 1,000 more special isolation units to address the mistreatments adolescent juveniles and mentally challenged inmates face.

Diyarbakir Prison in Turkey was established to house both male and female inmates but in separate locations. It is famous for its acts of human rights violations. Inmates in this prison are physically and mentally tortured daily. This extreme inhuman treatment causes many inmates to commit suicide or any other form of death.

The inmates are even afraid to talk to their family and friends about their issues inside those cells. Any inmate found doing so is punished.

The prison has a maximum capacity of 700 prisoners, but the prison houses more prisoners than this number, resulting in overcrowding.

Sabaneta prison was built to house 700 offenders. The current inmate population in this prison is 3700, five times the maximum capacity. Among these inmates are the most violent and notorious criminals.

Given the high inmate population in Sabaneta prison, one correctional officer is supposed to manage 150 inmates. This, in most cases, becomes a challenge, and the inmates overpower the officers. As a result, the inmates become uncontrollable and do anything they want.

Based on the inmate population and the number of correctional officers in Sabaneta prison, one officer is responsible for 150 inmates, which is impossible to achieve. As a result, the prisoners are out of control, exposing the vulnerable ones to danger. The inmates organize themselves in a gang-controlled hierarchy, where the low-status prisoners must pay the more powerful ones for a place to sleep.

The prison also lacks essential amenities such as water. Inmates are sometimes forced to drink water from tarnished bathroom pipes.

The harsh conditions and treatments are a cause of the uncountable riots in prison. For instance, in 1994, a riot emerged in the prison that killed 108 inmates. The same happened in 2013, where 16 inmates died during the riot.

Mendoza prison in Argentina is a crowded prison. The prison houses inmates three times the maximum capacity it can hold. The cells where the inmates are confined measure only four square feet, yet five inmates are incarcerated in that one cell.

Bang Kwang Prison in Banfkong, Thailand, is a maximum-security prison established in the 1930s to house local and foreign offenders. The prison is known for violating inmates’ unfair sentencing of the inmates. To add on, the prison is overcrowded with minimal funding.

The maximum capacity of the prison is 3,500, yet it currently has more than 8,000 prisoners, with at least 10% on death row. The majority of inmates in this prison have been sentenced to a jail term of 25 years.

The jail provides only one meal a day.

The prison doesn’t care about inmates’ rights. They brutally treat the elderly, mentally challenged, and even pregnant inmates. Amenities like clean water and sewer systems lack in prison resulting in infections.

Petak Island prison in Vologda, Russia, is a prison that houses the most notorious inmates in Russia. The inmates are housed in shared cells, where they are assigned two to each cell. They spend twenty-two and a half hours on the cells every day before being released into a cage for one and a half hours. The prisoners are allowed to receive two visitors only in a year.

The prison, despite its large population, lacks proper amenities like washrooms. The prison imposes harsh measures on inmates who violate the prison policies. Such an inmate is confined in an isolated cell for 15 days. They’re provided with only a perch and a bucket. The torture inmates go through in this prison is enough to compromise even the strongest criminal.

Terre Haute prison, found in Indiana, has different units ranging from low-security to maximum-security facilities. This prison serves as the execution chamber for the federal government. Inmates, especially those on death row, are confined in small cells, awaiting their deaths. The inmates spend all their time in their confinements and are allowed out only three times a week.

The Nairobi Prison was built in 1911. The maximum capacity of this prison is 800 inmates, yet the current population is more than 4000 prisoners with no renovation yet to take place. Inmates are confined in cages meant to hold at least three prisoners. However, 12 prisoners are put to share one room.

The overcrowding at the prison exposes the inmates to the risk of contracting diseases. The prison also records a high rate of violence, both from the inmates and the correctional officers, where inmates receive brutal treatments.

The prisons that made it to this list are the world’s top 10 worst prisons. Inmates incarcerated here receive both physical and psychological torture that compromises their mental well-being. These prisons also lack essential amenities like proper washrooms, sewer systems, and clean water. Most of them are overcrowded.