What Makes Bastoy Correctional Facility One of the Best Prisons? 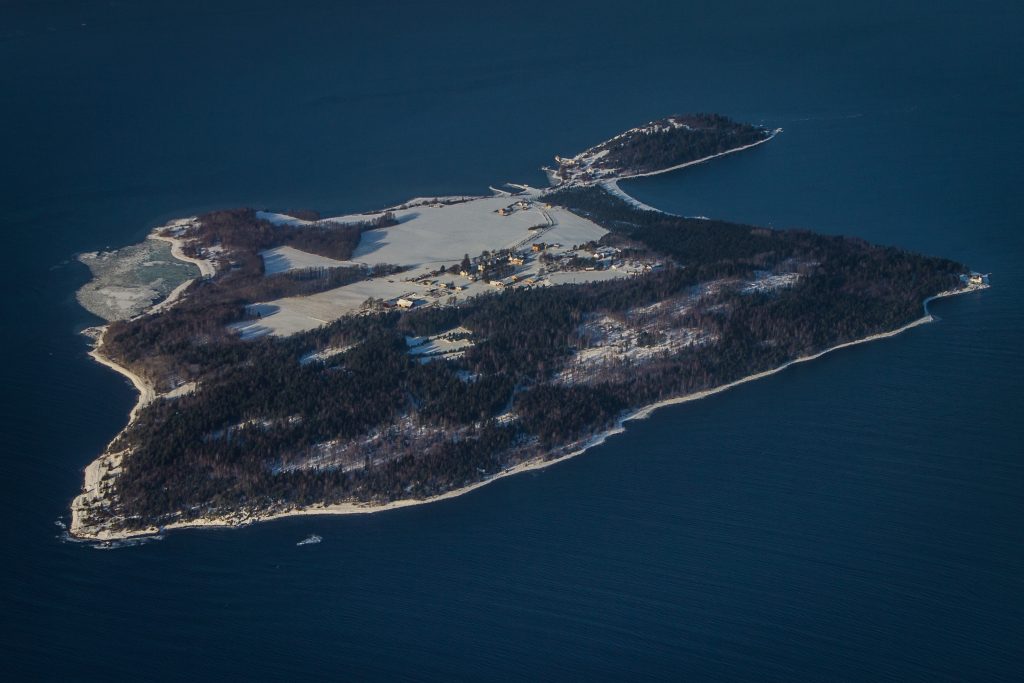 Bastoy Correctional Facility is located on an island filled with pine trees and surrounded by a rocky ocean. The facility can hold 300 inmates and contains all types of male prisoners. Bastoy is the largest low-security prison in Norway. However, the facility is more of a small community than a prison.

Bastoy Correctional Facility has gotten a lot of mixed reactions because of how it handles prisoners. Instead of prisoners’ harsh treatment in other facilities, Bastoy inmates live like they are in a holiday camp. Inmates stay in shared wooden houses with shared standard rooms and have the keys to their homes.

Before diving into the details, let’s first understand Norway’s prison philosophy. The rules are minimal at a facility like Bastoy. Inmates are allowed to have TVs in their rooms on the condition that they bring their own when they come in. There are no orange uniforms for inmates; they wear their preferred clothes. Guards don’t have uniforms either, making it hard to distinguish people inside the facility from outsiders.

At Bastoy Correctional Facility, everyone works. Each inmate must arrive at their workplace at 8:30 am and leave at 3:30 pm on weekdays. There are a lot of areas where the inmates work. Some inmates are in the garden, some extract firewood from chopping trees. Other inmates are in charge of the horses used to transport supplies and wood within the island. There are no restrictions on movement when doing these tasks. Guards can either be present or not, and prisoners don’t have shackles or wear monitoring bracelets.

All the work inmates do is not in vain; they are paid around $10 per day. They all have the liberty to use their money how they wish, either by saving or using the money in the local shop.

Furthermore, they get around a $125 monthly stipend for food. There are also inmate workers in the kitchen. Their work is to serve dinner daily. The facility does not provide breakfast and lunch. Inmates have to buy supplies for cooking at home from the local shop. Some houses have personal kitchens, while some inmates are in places with a shared kitchen.

Arne Kvernvik Nilsen, the current governor of Bastoy Correctional Facility, says the facility aims to boost the inmate’s self-esteem and change their lives. He says that regular prisons make inmates look at themselves and feel useless, and nobody cares. However, the Bastoy facility gives them a chance of hope.

Nilsen adds that locked-down prisons treat prisoners like robots or animals. He says that prisoners move from station to station without any choice. But at Bastoy, prisoners learn how to make choices and be better people in society.

Let’s take the case of Kjell Amundsen, serving in Bastoy for financial crime. He says he was shocked on the way through the ferry to the facility. He adds that this approach to dealing with prisoners is marvelous while he’s sweeping a plant nursery. Amundsen plans to continue with the same when released and would like to have a little garden in his home.

There are also education activities happening at the facility. Learning activities take place in a building near the center of the island. There are computer programs like 3D printing for objects like car models, which inmates find interesting.

Another example of how the facility makes an impact is through Tom Regi Berg. He is a 22-year-old inmate in jail for the 3rd time. He was in Bastoy to pick a fight in a bar and almost beat up a man to death. Berg said that the facility helped him learn a lesson. He worked in the kitchen and decided to seek training as a chef once he was released. Tom Berg used to play in the band and lived together with his band members.

Inmates check in a couple of times daily to ensure that they are still within the island. Nothing more than 2.4 km of water acts as their barrier. Escaping is as easy as stealing a prison boat and sailing to the mainland.

There have been attempts to escape. One prisoner tried to swim, but halfway, he got stranded and had to scream to rescuers for help. Another one attempted to escape through a boat. Unfortunately, the authorities captured the prisoner on the mainland.

A more significant percentage don’t want to leave the facility before their sentence ends. If you attempt to escape and fail, you will be transferred to a more harsh facility, and your sentence is extended.

Nilsen talks to inmates when they are first brought to the facility. Part of what he tells them is once you escape and successfully reach the mainland, borrow or pay for a phone, call and confirm that you’re okay to avoid sending coast guards for a search.

Such trust is what brings all the controversy about Bastoy, but that is the idea of its existence. At night, 3 or 4 guards are responsible for the facility. Guards don’t carry weapons to avoid inciting inmates to look for arms.

Another surprising fact touching on security is that when inmates are almost completing their sentence, they are given a chance to leave the island to work. Others go to study on the mainland.

When given a chance to stay at Bastoy Correctional Facility, inmates get screening to check their mental stability. The screening is also aimed to check if the inmate is capable of escaping.

How Do Inmates View the Facility?

Unlike the general expectation, inmates want to get out. Inmates still regard it as a prison because you are locked up within the island.

Boston has served his sentence in Bastoy. He says that the idea of being taken away from your family is reason enough to stop offending. Boston was charged with drugs after being found in possession of heroin. Before Bastoy, he served in a higher security prison, making him miss his child’s birth.

Norway prisons don’t have large populations compared to the rest of the world. Around 90% of sentences in Norway are not past one year. Mark A.R. Kleiman, the author of “When Brute Force Fails,” says that prisons need to be treated like parenting. When you have your kid and ask them to attend to their room, and they don’t, you don’t kick them out. Instead, you give them a softer punishment like grounding them.

Bastoy uses this approach by training inmates on how to transition back to society. Inmates are offered programs to facilitate this. The facility uses rehabilitation rather than deterrence to reduce the chances of reoffending.

What Drives the Facility to Work this Way?

The prison requires respectful relationships in the facility among the prisoners and guards. Overnight, most of the day, guards leave, and prisoners are responsible for a significant part of the night.

Bastoy, according to Norway, is an “ecological prison.” During the day, all the inmates are busy, and when their release is near, they have skills to help them out there. The facility tries to replicate life outside prison but with security considerations. Bastoy facilitates a gradual transformation to freedom to reduce the chances of reoffending.

When in the facility, prisoners take responsibility for what they did, are doing, and will do. The facility believes in the effect of self-realization and self-drive to stay away from crime rather than being forced out of it.

Bastoy Correctional Facility has a higher success rate compared to other facilities. Its unconventional approach of not using force and restriction on the inmates impacts their lives positively.