How to Send Money to Inmate in Jail 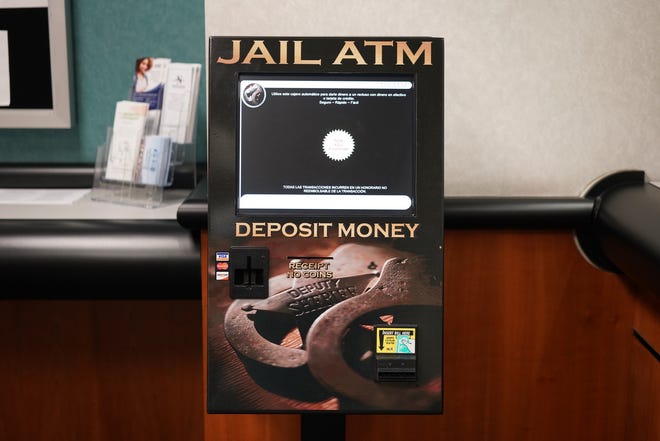 Even though inmates are not allowed to have cash in their cells, they can have money in their accounts. The inmates receive receipts every time they receive funds into their accounts. Prisoners can use the money to buy some personal products and other items allowed in prison. Now that you know that it’s possible to send money to inmates, you may be wondering how to send money to someone serving time. Here’s a guide on how to send funds to inmate’s accounts via JPay, Western Onion, or other channels.

The Department of Corrections uses JPay for most money orders sent to inmates across correctional facilities in the United States. Family and friends can deposit money into an incarcerated loved one’s account online or via lobby kiosks at prisons. If you send $50 to an inmate, they receive the full amount of $50 in their account. You may have to pay a fee to send the money, but the prisoner does not. All state correctional institutions don’t accept money orders.

Besides receiving a receipt or notification of money sent to their account, inmates also get a statement of all the monthly transactions from their accounts.

What Options are Available?

As mentioned earlier, cash is considered contraband in prisons. All transactions happen through the inmate’s account. Depending on where your loved one is incarcerated, you can deposit money into their accounts directly online or through your phone. Most of the prisons accept payments through Western Union or JPay in partnership with MoneyGram.

When it comes to sending money, Western Union has been a leader. They have more than 45,000 agent locations in the US. You can send money by phone, online, or account deposit to the inmate’s account through Western Union’s Inmate Service.

However, to send the money, you will require to have crucial details. You will need to share the facility’s name and the inmate’s ID number, consisting of eight digits, and the inmates’ last name. Fees vary. Sending money costs up to $29 if paid by cash and as low as $9.95 if payment is made with debit or credit card.

JPay is a money transfer service provided that partners with MoneyGram and correctional facilities in 35 US states. The platform is also used to pay probation payments and also provides email and video visitation. Money is delivered the same day, but the time it takes to reach the inmate’s’ account depends on the facility.

Payment can be through three options.

To transfer cash in person at the agent, you’ll need to fill out and present an ExpressPayment service alongside your ID. Cash payments, debit, and credit cards are accepted. The money is deposited right away, but the inmate will only access it the next day.

To send money via JPay, you’ll need a four-digit Receive Code corresponding to the facility where your loved one is incinerated. You also require to show the inmate’s ID number, which is eight digits, followed by their name. Fees depend on the facility.

Guidelines on How to Send Money to Inmate in Jail

Prisons are very strict, and you can’t access corrections to visit a loved one with cash. If you also fail to follow the guidelines, the chances are that the money will not reach the inmate’s account.

Credit card users can only send up to $3000 per card every three days to the inmate’s account. If you are using a money order, you can send $999.99 for every one of them, and there’s no limit to how many money orders you can send. However, for a walk-in transaction at MoneyGram, there’s a limit of $5,000 per transaction. There’s no DOC’s limit to how much you can add to an inmate’s account. The department does not allow anonymous funding, and JPay must provide DOC with the sender’s name.

If an inmate has money left in the form of a will, the executor will distribute it. The funds must be on a bank check to be distributable, and no personal checks. Include the inmate’s ID reference on the bank check mailed to their facility.

Where does the Money Go?

Many people have reported sending money only for the inmate to ask more in just a few days. It left them wondering how they spect it so quickly. There are many reasons why inmates run out of funds.

For instance, if the inmate has an unpaid fine or restitution, it will be deducted from their funds. In another scenario, the inmate can buy items, drain their account dry, and when they go into the cells, other inmates take everything the inmate purchased.

If you are worried about the inmate using the money for illegal activity, never send money to anyone’s account except theirs. If he/she asks you to deposit in someone else’s account, perhaps that money will go towards funding illegal activity.

Inmates will tell you that sending the money directly to them will be useless because of court fees deductions from that money, but the prison only takes a small portion of it. The department of corrections discourages sending money to another inmate’s account as it may bring some rivalry in prison.

Inmates have personal needs, and the state does not pay for everything. The money you send will go a long way in helping the inmate with their personal use. It’s, however, a subject of administrative charges.

To make payment for a fine or parolee’s direct order, the parolee should consult his/her parole agent for further instructions. If the payment is inmate’s, then they need to contact their counselor. Give a restitution fine or the direct order’s information when making payment. Also, put in writing where the excess money remaining after direct order or fine should go. It can go back to the sender or the inmate.

You can send money to an inmate for temporary community leave. However, before sending it, the inmate should contact their counselor to advise them on what to do.

Before sending funds for a family visit, contact the Family Visiting Office of the facility housing the inmate for instructions. It’s not a must to send family visiting funds via JPay.

Can I Send Money Internationally to a US inmate?

Here’s where Western Union comes to play. You can use their money services to send money to someone you know in jail. It’s important to show support to a special person who means the world to you. You can start your transaction online before completing payment in-store.

Sending funds to an inmate from wherever you are outside the US is simple. Use the store locator to find the nearest money service agent. Once you do, please find the inmate’s details, such as their names, correctional ID, and the facility’s name. Send the cash, and you can also pay with a debit card.

You don’t need approval from the correctional facility to send money to an inmate. However, some states forbid you from sending money to multiple inmates at a time without their permission.

Methods of Money Transfer in Different States include:

Nevada: You can use debit transactions or Touchpay credit to send funds to inmates’ accounts.

Alabama, Utah, Oklahoma, Kansas, Idaho, Oregon: you have to access the corrections

Other Purposes of JPay

Apart from sending funds to inmates’ accounts, JPay has other purposes. You can use JPAY’s Email service to write electronic letters to a loved one behind bars. They’ll receive their emails within 24048 hours and respond electronically as well. Incarcerated individuals don’t have access to the internet, but their email reading is scheduled by the administration. It might take time for them to respond to your emails.

JPay also allows you to talk face-to-face with your loved one, virtually through video visitation. You can use your personal computer or smartphone to video call an inmate through Jpay. You can purchase Video Visit with your Mastercard or Visa. They are usually 30 minutes long. You can also send a 30-second long video clip to a locked-up friend through Videogram.

Always remember to store your receipts or records every time you put money on inmates books. It helps with tracking money orders and payments. You can use the receipt as proof in case the inmate says they didn’t receive the funds. Always consult the inmate’s counselor if you feel something fishy is happening. You can help save your loved one from getting more years.