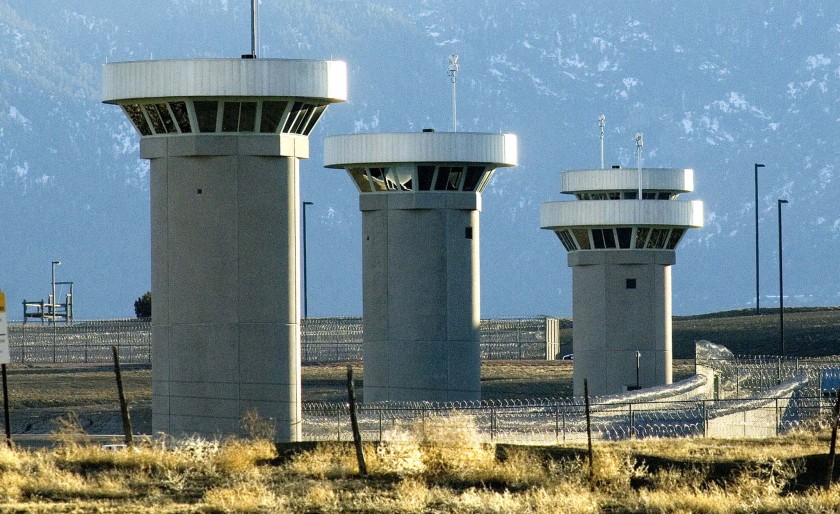 Incarceration is a form of punishment that originated years ago. Prison facilities are built to hold some of the most notorious criminals. Therefore, the structures and confinements need to be robust and well structured to prevent incarcerated criminals from escaping. Due to the evolution in technology, correctional officers and bars are not enough to guide the imprisoned criminals. In the present age, advanced technology is used to enhance the security protocols of the prisons to ensure no escape attempt is successful.

The United States has the most secure prison in the world. That is the ADX Florence prison which has housed the world’s most notorious criminals. There are many other prisons in the U.S. and beyond which are heavily secure with the latest technology. Other states, including England, Syria, France, China, and India, also have highly secure prisons that house the most notorious criminals.

Below is a list of the 11 most secure prisons in the world:

The Administrative maximum, or rather ADX Florence, is probably the most secure prison in the world. This is a maximum lockdown prison where the incarcerated criminals do not see the light in their cells. It is located on a two hours-drive to Denver. The prisoners are confined the whole day; hence there is no chance of escaping this prison.

This detention facility houses the most violent and notorious offenders. It has a total of 338 inmates who are mainly held for 23 hours per day. The cells are designed not to allow light to enter, have fixed furnishings crafts from reinforced concrete. The cells’ dimensions are 7ft by 12ft.

This jail has housed the most notorious offenders and one of them being Joaquin El Chapo Guzman, who is a Mexican drug lord. Other inmates who have served sentences in this jail include Boston Marathon bomber Dzhokhar Tsarnaev, Oklahoma City bombing accomplice Terry Nichols, conspirator Zacarias Moussaoui, and Unabomber Ted Kaczynski.

La Santé Prison was established in 1867 in Paris, France. It’s among the most secure prisons in the world, housing VIP and high-security inmates. When sentenced in this prison, you’ll never come out of the cells until the time you’re released.

The prison’s architectural design and the advanced security protocols make it impossible to escape. Not long ago, a group of inmates attempted to escape from the prison. The route they saw was a perfect escape route that contained an underground sewage pipeline. Most of the inmates were held up by the sewage, and they suffocated to death.

Alcatraz island prison is located in the San Francisco BayUSA is in the midst of a water body. How can you escape from this prison? If you succeed in escaping from the prison cells, a rough sea is waiting for you. The prison is about 2 K.M. from San Francisco, California, United States.

From the records, out of all escape attempts, only five inmates managed to escape the prison, but they are probably dead because there is no way you can cross the sea; you’ll probably die.

Fuchu Prison was established in 1935 and is considered one of the central prisons in Japan with a vast inmate population. By 2015, they had an inmate population of 2086. The prison houses both Japanese and foreign inmates. The Japanese inmates in this prison are male inmates above 26 years and mainly serve a jail sentence of 10 or more years. Fuchu Prison is also famous for its advanced technology application in security protocols. The prison has hosted some notorious inmates from Japan and the whole world.

No single case of prison escape has been reported in Fuchu prison. The prison is guided by the Japanese government’s confidential security protocols.

Indiana’s Federal Correctional Complex in the U.S. is a maximum-security jail. The prison employs heavy hi-tech security features to secure the prison, making it one of the most secure prisons.

The following features enhance the security of the prison:

Arthur Road Jail is the Mumbai central prison. This is the oldest and the largest jail in Mumbai. It is heavily guided with security features, making it very hard to escape. According to the prison’s records, none of the escape attempts have ever been successful. No break-ins have also been recorded. It has a maximum jail capacity of 800 inmates, but the prison houses over 2000 inmates bringing about overcrowding in the cells.

Qincheng Prison is located in Changping District, Beijing, China. It was established in 1958 by the Soviet Union, and it’s one of the most secure jails in Asia. It is a maximum-security prison.

The prison facility has a thick perimeter wall, five meters high, with an electric fence on top. It also has several watchtowers where the correctional officers guard against. The fact that this prison is located 3,000 meters above sea level amid mountains and forests makes it even harder for an inmate to escape from the prison.

Camp Delta prison holds high priority inmates to the U.S. government. A total of 12 guards could be allocated to a single prisoner. Imagine that! This prison is where the Al Qaeda suspects were held and tortured. It’s pretty difficult to escape from the watch of 12 guards, leave alone the military basement situated right at the prison basements. You stand no chance of escaping here.

The following list of features makes this prison a highly secure prison:

Tadmor military prison is located in Eastern Syria deserts. It was established in the 20th century by the French Mandate forces to serve as a military barracks. This prison is the most brutal and most insane prison to survive in. The living conditions are harsh, and the prison doesn’t care about human rights.

The following features make this process a no-escape zone:

H.M. Prison Belmarsh was established in 1991 as a high-security prison. The prison holds more than 1000 inmates, among them the most violent and notorious criminals in Britain. The prison is designated for category A prisoners, a group of notorious high-risk criminals, meaning it must be a heavily guarded prison. Its security level and extreme surveillance conditions earned the prison its name ‘British Guantanamo.’

The inmates are housed in cells with dark and harsh conditions, with the correctional officers using force to control the inmates.

The United States Penitentiary is a high-security jail meant for most notorious prisoners. On the other hand, the Federal Correctional Institution is a medium-security prison designed to house low-risk inmates who are monitored and separated from other inmates. This prison is heavily guarded, giving the prisoners no chance to escape.

It’s no argument that prisoners wouldn’t hesitate to take any opportunity to escape. Many states have developed and renovated their prisons with robust facilities and up-to-date security features that give the inmates no chance to escape. These heavily guarded prisons host dangerous and the most notorious prisoners who pose a significant threat to other inmates, the prison, and society. This list has shown the top 11 most secure prisons the world has ever seen.