Which Movies Have Been Filmed In Actual Prisons? 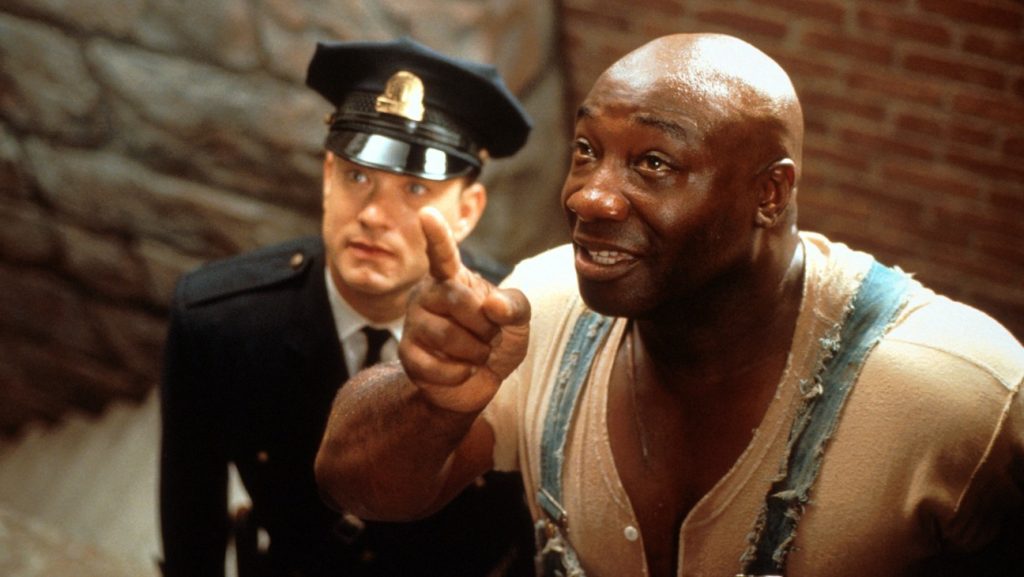 Filming in prison focuses on bringing out the picture of actual prisons. Many movie directors and producers use replicated sets. However, some went for the real deal and shot their films in existing prisons. Here are films that featured actual prisons.

The small spaces and their complex gate networks and locks have shown a clear picture of what it’s like to move around the environment. In 2013, the government in North Ireland gave the green light to redevelop the facility into a peace center.

John Belushi’s character is nicknamed Joliet Jake in the film for the period he served in the facility for armed robbery charges. The Blues Brothers featured Joliet Correctional facility in the movie. The facility operated for 144 years before its closure in 2002. However, visitors can take pictures in front of the famously known “Joliet Jake Gate,” a spot where Joliet leaves the prison heading to the Blues Mobile.

The movie Animal Factory is a crime drama filmed at the Eastern State Penitentiary in Philadelphia. The film features a couple of actors like Danny Trejo(Vito), Willem Dafoe(Earl Copen), and Edward Furlong(Ron Decker).

The storyline involves Ron, a young guy who’s privileged getting a sentence on marijuana charges. Ron directs his paternal feelings to Earl Copen, a veteran inmate who takes responsibility for him.

Ron takes a role in Earl’s gang to survive life in prison. Meanwhile, outside, Ron’s lawyer is working on getting Ron out. Earl also has a chance at parole. These two determine whether or not Ron will manage to get out or turn into an animal in prison.

Furthermore, Animal Factory is not the only film done in this prison. In 12 Monkeys, the facility is a mental institution. The facility’s yard has been used as a hideout in Transformers: Revenge of the Fallen. Other than that, Eastern State Penitentiary has been used in several music videos and television shows.

The facility now runs as a museum that allows daily tours and hosts annual haunted tours and exhibitions.

The Green Mile has featured Tennessee State Penitentiary in the film. The film took shots on the main entrance that is castle-like in a night execution scene accompanied by a backdrop of rain and lightning.

Following the opening of Riverbend Maximum Security Institute in 1989, the facility closed its doors. In a settlement in a class action in 1982, the facility was closed due to unconstitutional conditions.

However, the facility is a fee-free location offered by the Tennessee Film, Entertainment & Music Commission. Some filmmakers utilized the opportunity to produce movies like The Last Castle and Ernest Goes to Jail, which used the facility’s huge yard.

With lead actor Tom Cruise, the film featured Mlada Boleslav Prison in the Czech Republic. Before filming the action scene, the crew replicated the hallways and cells of the prison using wooden structures. The structures were practicing areas for movement of extras and cameras since they had limited days to film in the actual prison.

The Penitentiary of New Mexico in Santa Fe, New Mexico, is featured in the football flick behind bars, a remake of a 1970s film. The director, Peter Segal loved the setting and considered it as a character in the storyline. Sadly, the prison is famous for a 1980 riot that led to the death of 33 inmates.

Alcatraz is famous for its notorious inmates. It has a status of being harsh and is impossible to escape. Alcatraz Island has featured in the film Escape from Alcatraz. The film has a couple of scenes taken from the interior of the facility.

Alcatraz Island was operational for only 29 years, and during this period, the facility had 36 escape attempts. However, most did not make it out as they were caught, shot, or drowned. Some were presumed dead or missing.

The Rock features Alcatraz in a short scene. The movie is not based on the facility; hence it was only filmed for a short scene. An evening tour guide in the Golden Gate National Parks Conservancy, Kelcie Taylor, says that the film doesn’t look anything like the facility.

Robert Stroud, an actual inmate, is characterized by Burt Lancaster in the film Birdman of Alcatraz. In the movie, Burt is a convicted killer turned ornithologist. However, he didn’t have birds in the facility

After Alcatraz was closed, the first film to feature the facility was Point Blank. John Vernon and Lee Marvin star in the film that touches on marital affairs and an avenging rampage.

Skidoo was shot in Alcatraz. The movie is based on a retired gangster who was a kingpin named God.

The comedy film Bad Teacher used the learning area of Fred C. Nelles Youth Correctional Center in Whittier, Calif, as theirs. The facility housed young males and females. In 1916, the girls got transferred, and the facility became a reform center for young boys until 2004, when it closed.

Fred C. Nelles Youth Correctional Center has also featured in Red State and Hancock, which utilized the space for exterior shots where inmates are entering a building.

The film has featured Her Majesty’s Prison Wandsworth. The facility is the largest in the UK, which opened its doors in 1851 as Surrey House of Correction. 130+ prisoners who considered the facility as their home were hanged. In the early ’90s, the gallows were destroyed, and that space is now used as a tea room for officers.

The film A Clockwork Orange used the facility to shoot the exterior of Parkmoor Prison, and the interiors came from Woolwich Barrack Prison.

Scared Straight is a film that features Rahway State Prison. When shooting the film, juvenile offenders come in contact with actual inmates in the facility. Rahway State Prison changed to East Jersey State Prison in the late ’80s. This was a move driven by the community in New Jersey after they realized that having similar names with a correctional facility could ease the burden laid on municipalities.

Orange Is the New Black

Orange is The New Black has scenes from Arthur Kill Correctional Facility Staten Island, USA. Although the prison is not functional, it was an actual prison that was later purchased by a production company that transformed it into a movie set. The facility has featured in a lot of films like Daredevil.

With Samm Styles as the director, the movie is based on the final year of prison activist George Jackson. The film is shot at Nevada State Prison, representing San Quentin State Prison in Marin County, California. The film shows the deafening periods in the early 1970s.

Flesh and Blood look at a young Denzel Washington who trains as a boxer. After his release, he meets a manager who prepares him for a fight in the championship. Like most people, he has his problems, including a close relationship with his mother. Also affecting him is an absentee father. The film is directed by Jud Taylor. The film features Nevada State Prison.

This, too, is a film shot in the Nevada State Prison. It has used the facility’s yard, the road to Lake Tahoe, and the Administration building. The movie involves a woman who testified against her boyfriend. The film is based on Haute Surveillance(1947) by Jean Genet.

The opening shots of the film were done at Texas State Penitentiary Huntsville. In the film Steve McQueen, Doc McCoy is set free to help in a bank heist.

This movie is not filmed at an actual prison, but some of the items used in the movie are at the Texas Prison Museum.

Prison movies are enjoyable. Many directors use replicated sets to avoid the process of getting permits to film in actual prisons. However, some directors don’t mind choosing authenticity. Prison featured films bring out the natural feeling of being in prison, and some even include real-life inmates.