Can You Request To Be Transferred To A Prison Near Your Home? 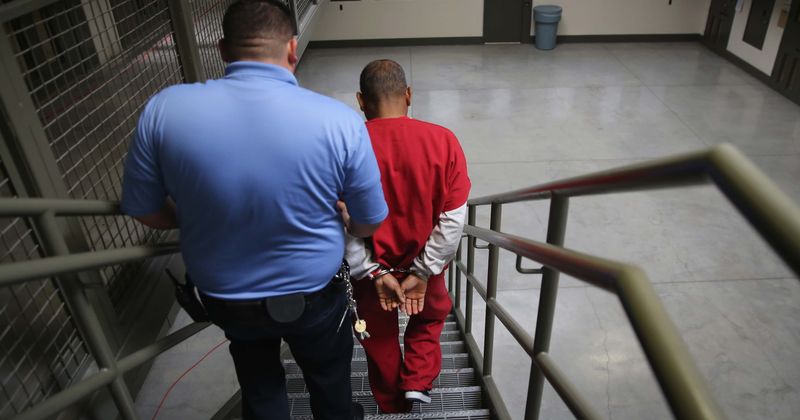 An inmate can request for a transfer to move closer to their family, but the authorities never guarantee the request. Inmates can request transfers via the complaints/request system by filling a special form provided by the facility for such purposes.

Generally, prison officials consider various factors, like the period spent in the facility before granting the transfer. As a result, the time it takes to get the request varies from facility to facility and the prevailing circumstances.

An inmate can get the request easier if they transfer for program participation, family medical emergencies, or family furloughs. However, the transfer only goes through for specific national programs lacking from the inmate’s current prison. Such programs include the Life Connections Program, Infants Together (MINT) Program, and the 500-Hour Residential Drug Abuse Program.

Furlough transfers allow inmates’ families to move them to a new prison. On the other hand, Family medical transfer or hardship transfer happens when a family member is sick, dying, or dead. Through Furlough transfer, the family can arrange for the inmate to visit the dying family member or be present at their funeral.

If successful, the transfers move the inmate closer to their official residential areas. Or, if the family relocated, the inmate is moved closer to this new residence. The federal correctional facilities have the “Nearer Release Transfer” never release clause specifically for such instances.

Upon the approval of the transfer request, the inmate receives the confirmation, and the transfer is scheduled.

If the transfer doesn’t go through, the inmate can file an appeal and seek help from organizations like the American Civil Liberties Union.

Family members cannot request a transfer on behalf of an inmate. However, they can send a letter in support of a transfer request done by an inmate; if it seeks to move them closer to family.

Can an Inmate Be Transferred Without Their Family’s Knowledge?

The actual transfer can take place without family members being present or knowing about it. However, the inmate should be permitted to make a phone call or write a special letter informing the frequent visitors that they are shifting to a different correctional facility.

In some cases, under the Governor’s discretion, the prisoner may be allowed to write more than one letter or make extra phone calls. Sometimes, there might not be time for ordinary transfers, especially in cases of Category A prisoners. In such situations, the prisoner can always leave details of the persons they want to know (the transfer) with the officials.

How Long Does It Take?

Normally it takes about one week for the prison warden or the classification committee to respond to an inmate’s transfer request. However, this can even take longer depending on the facility.

After approval, the transfer periods are also not certain; it could take hours, days, or weeks depending on the circumstances. The period it takes to move an inmate from one facility to another depends on factors like transport logistics and the availability of amenities in the jail the prisoner wants to join.

The United States Department of Justice considers various factors when it comes to relocating international prisoners. This happens under the International Prisoner Transfer Program, whose primary objective is to facilitate the rehabilitation of inmates so that they become productive members of society for their respective countries when released from incarceration.

Rehabilitative interests matter in determining such transfers. However, humanitarian concerns, law enforcement interests, and the international corporation also play a huge role when transferring an inmate to their home country.

An inmate or their family member can request a hardship transfer. This happens when an inmate is taken so far away that it impacts an undue hardship during prison visits. Under this request, an inmate can request to move closer to a close family member if they (the family member) have a special medical condition that restricts them from long-distance travel.

However, hardships transfer comprises rules to follow strictly. The first rule is that the family member must prove that they suffer from such medical conditions. Second, they must get a note from a licensed medical professional expressing the same.

Secondly, the family member in question must be close, such as a parent, foster family, spouse, child, sibling, or stepfamily. Cousins and distant families are not considered in this context.

The inmate must also be in a permanent unit not less than 200 miles from the family member. And, they must have not had a disciplinary report within the past twelve months.

Lastly, the family member should not be the victim of the prisoner’s offense, and the inmate must be in G1, G2, or G3 level custody.

If the prisoner is in custody for a violence-related offense, they cannot be transferred to the county where their victim resides.

If the hardship transfer isn’t successful, the family member receives a letter explaining why it was declined.

Inmates serving their sentences far away from their homes can apply for temporary transfers to their local prisons. The period in most cases is 28 days and is subject to the visiting schedules and rules of the local facility. Inmates can also utilize all their accumulated visits during this period.

During the permanent prison transfer, an inmate must make formal requests in this circumstance. The issues with temporary transfers call for top-notch coordination between the judicial authorities, prison, and the police. In most cases, the decision on these transfers rests on the shoulder of the judicial system. However, the police handle the modalities. The respective governors also have a bigger say in county-level correctional facilities.

Factors That May Have a Prisoner Transferred to a Different Prison

A lot of factors come to play in prison transfers. Some specific rules and restrictions apply to different jails depending on the county or city. So, as an inmate, you must follow the right procedure for their request to be granted.

The following factors highlight some of the extreme scenarios that may compel a facility to grant inter-jail transfers.

In both categories, the sentencing state must approve the transfer before the Department of State Justice can consider the application. It is important to note that the transfer cannot happen until the inmate, the Department, and the receiving country approves it.

Before accepting the transfer, the Department of Justice will examine several factors to determine whether the transfer will align with the social rehabilitation goal. The specific circumstances in every case determine the magnitude of each factor. These factors include:

If an inmate is in a specific county jail, awaiting trial for petty offenses, they can easily request to be moved to county jails near their registered home. However, the request must be approved by a judge, and the destination prison must also accept to take in the prisoner.

Every state department of correction has unique rules when it comes to prison transfers, which vary widely. For example, an inmate can request a transfer based on their education, security, and health in Florida. Inmates can also have their transfer request accepted for what is termed a Good Adjustment transfer. Under this transfer, inmates meeting certain sentence-related and behavioral criteria have the upper hand in changing prisons.

Other states like Oklahoma do not allow inmates to request transfer to be closer to their families. Here, transfer only takes place for security level modification or to fulfill assessed program needs.

Besides wanting to move closer to their families, prisoners can request transfers if they believe they are in danger. For example, bullying, harassment, and violent reactions from fellow inmates may guarantee an inmate’s transfer to a different prison. Thus, for security and safety reasons, the court may move the inmate to a different jail within the locality.

Inmates suffering from medical conditions may ask to be transferred to facilities where they can get better medical attention. For instance, if they are in a stricter jail, they may get transferred to a laxer correctional facility.

Inmates requiring special medical attention may be moved to facilities with more hygienic facilities and better sanitation. Also, prisoners with mental conditions can get transferred to special facilities.

An inmate can be transferred to a prison near his/her home depending on various factors we have just covered in our comprehensive article. Although it’s possible, it’s still a strict process that entails numerous details and patience.